Very glad to have finished the white paper “Pure Storage ActiveCluster for Oracle RAC on Extended Distance Cluster” which is available at the following link.

ActiveCluster is the latest software feature added to the Purity operating system 5.0.0 of the Pure FlashArray that enables symmetric active-active bidirectional replication between two FlashArrays that provides zero RPO and automatic transparent failover for zero RTO.   As like any other software feature from Pure, this is totally free and doesn’t require any additional hardware or licenses.  Oracle customers can deploy a pair of FlashArrays with ActiveCluster at separate sites, creating clustered arrays that can be coupled with clustered hosts such as Oracle RAC for disaster-tolerant data center configurations.

The most impressive aspect of ActiveCluster is the mere simplicity.  You can get an ActiveCluster setup done within 4 steps and takes minutes than days. 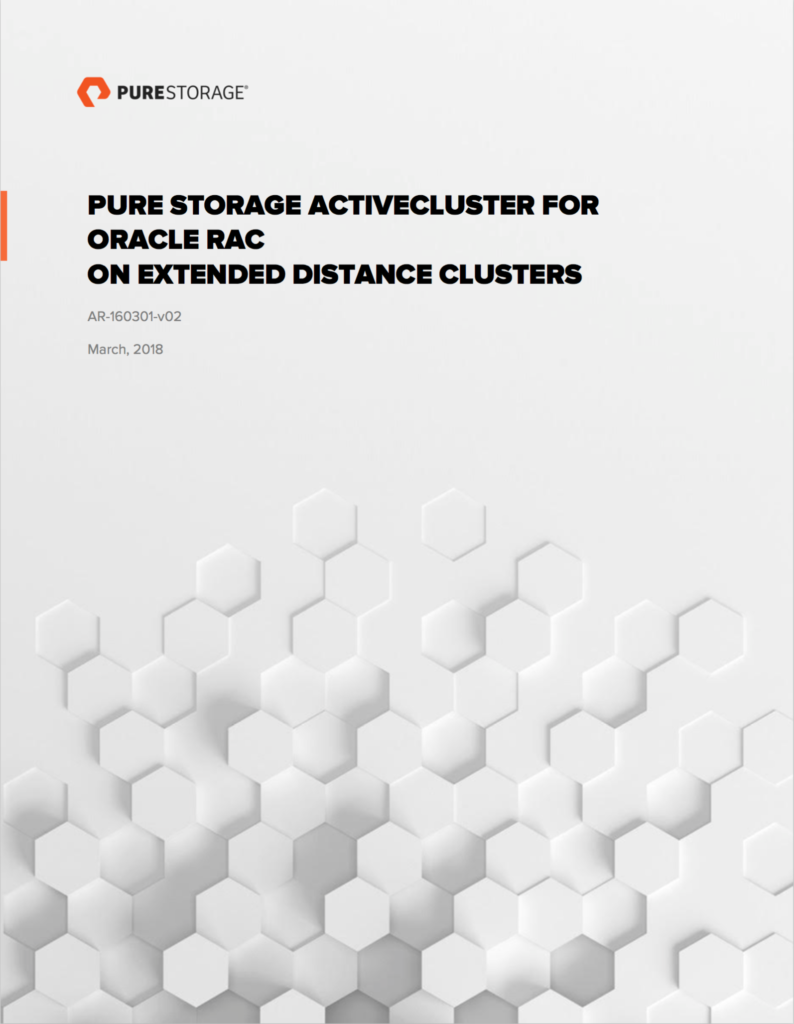 For more information on ActiveCluster, see this demo.

Here is another useful light board video which explains ActiveCluster.